This Is For You Renn! 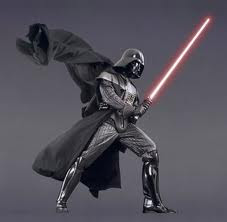 Renn, Chewbacca, and Luke Skywalker were walking in Courscant on a bright, sunshiny day when to their shock Darth Vader appeared before them.

"Renn!" Darth Vader looked at him through that breathing mask, with those steely eyes.

"What say you?" Renn replied.

"No Jedi has the force with them as much as you do."

"And what about my light saber?" Renn asked.

"Only the most powerful of all the Jedi, nay of anyone." Darth Vader hopped into his rebel ship and hollered, "I dread the day when I have to go up against you, Renn. It terrifies me. For no one knows your strength and fortitude, but I."

Luke and Chewbacca stood beside this Renn who is the strongest in all the galaxy. Able to defeat anything in his path.

"You know Darth Vader came here to defeat us Renn. But when he saw you. He quivered and turned to jelly." A grateful Luke handed Renn the GOLDEN light saber. "Renn, you saved the day again."

Renn held the golden light saber up and yelled, "Power to the people!"

Renn here are some fun Star Wars games to play on the computer. Best thing is, they're free. :-) Click the link:
May the force be with you!

Peeps, Renn is battling epilepsy and is in the hospital right now for testing. You KNOW this is near and dear to me because of my Christopher. So send him some Star Wars happy wishes in the comments will ya?

To your mom and dad and little brother, "The strength of the force is with Renn. Never forget that! Seizures are nothing now that he has the golden light saber." :-) God bless you all! Praying for you.
Posted by Robyn Campbell at 10:12 AM 28 comments: