My Interview with Jessica Bell On Her Blog Tour! 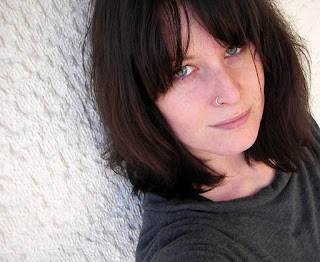 Please join me in giving Jessica Bell a warm welcome. Jessica’s book String Bridge was available November first. I extend my hand (after reading the story and feeling her voice, my heart)  thank you for coming to visit with us on your blog tour.

About Jessica:
Jessica Bell is a literary women's fiction author, poet and singer/songwriter who grew up in Melbourne, Australia, to two gothic rock musicians who had successful independent careers during the '80s and early '90s.

She spent much of her childhood travelling to and from Australia to Europe, experiencing two entirely different worlds, yet feeling equally at home in both environments. She currently lives in Athens, Greece and works as a freelance writer/editor for English Language Teaching publishers worldwide, such as HarperCollins, Pearson Education and Macmillan Education.

In addition to String Bridge, Jessica has published a book of poetry called Twisted Velvet Chains. A full list of poems and short stories published in various anthologies and literary magazines can be found under Published Works & Awards, on her website.

From September 2012 Jessica will be hosting the Homeric Writers' Retreat & Workshop on the Greek island of Ithaca, home of Odysseus.
How long did it take you to complete String Bridge?
It’s a little embarrassing really. I started writing it six years ago and finished the final draft at the beginning of this year. It being the first ‘real’ novel I’d written (I wrote another one before this that I discarded. It was horrible), it went through seven rewrites. But I’m glad it did. It finally got the quality of writing and love it deserved after all that practice.
How do you carve out creative space in the midst of life?
With great difficulty. It’s probably one of the reasons I don’t believe in the “we must write every single day” mantra. To be honest, I can’t write every day anyway. I don’t even allocate specific hours. When I have time and feel inspired, I write. I think it’s perhaps because I write slowly and edit as I go. I can’t move on unless I’m satisfied with what I’ve written. It’s just my way. And it works for me. I’m now on to my third novel. Now it takes me about a year to finish that “first draft,” which is still a relatively long time, and then another year to revise, but my first drafts are more like the quality of a second draft when I’m finished with them. So I don’t mind being slow.
What was your favorite childhood book?
The Faraway Tree, by Enid Blyton.
Are there any books that you re-read?
There is only one that I’ve ever re-read. And I’ve re-read it four times. Housekeeping, by Marilynne Robinson.
Is there a book that changed your life?
That’s actually really hard to answer. I think every book I’ve read has changed my life, even if in the smallest way. I do know that the 2nd time I read Housekeeping, it changed the way I approached writing. It made me want to be one of those writers whose prose is savored rather than rushed through to “find out what happens next.”
Where did the idea for Melody come from?
I got really sick and tired of the “glorified” image of women in popular fiction. Every book I read, the women were successful and gorgeous and just so … “fictional” :-) I wanted to write about a “real” woman.
Did you write the music for the soundtrack?
Yep. All except the song for the book trailer, Famous, my mother wrote that one.
Is there a word or phrase that you overuse in your writing?
Ha! I don’t know … is there? Did you spot any? I think I used “gritted teeth” a lot, no? Haha.
Guilty reading pleasure?
Marian Keyes, Jodi Picoult and anything related to Madonna. :)

Do you want to attend Jessica's writers retreat and workshop in Greece, people?! *wishing* 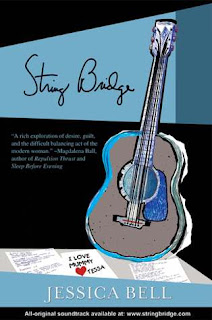 Jessica is also an accomplished poet. She is filled to the brim with talent, folks.
Thank you Jessica and I wish you much success with your writing, future novels, poetry and music.
Posted by Robyn Campbell at 6:21 AM